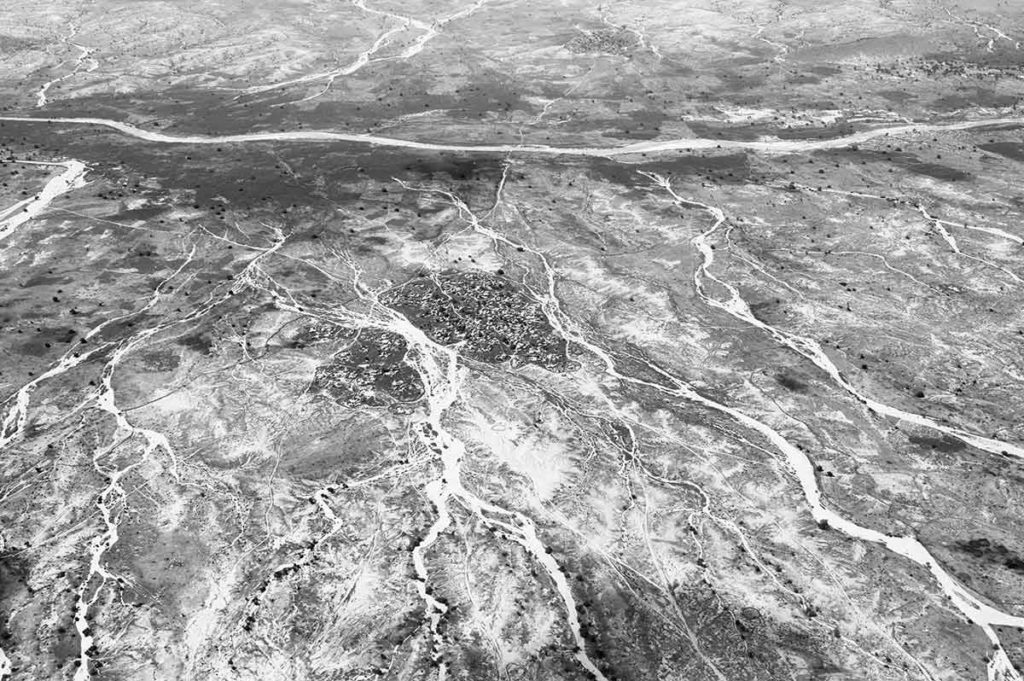 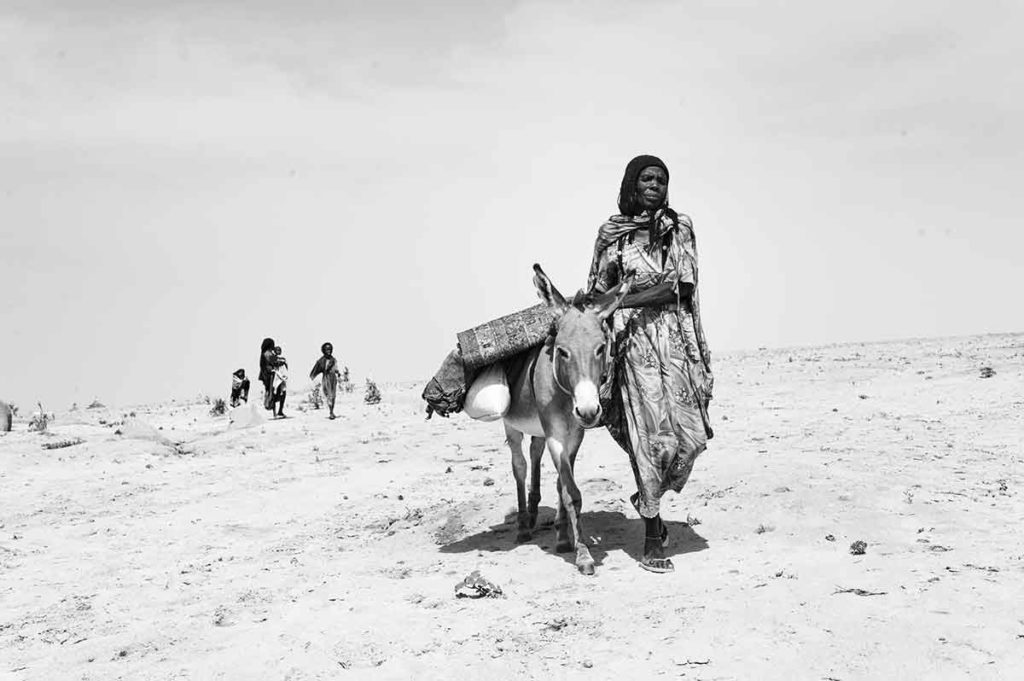 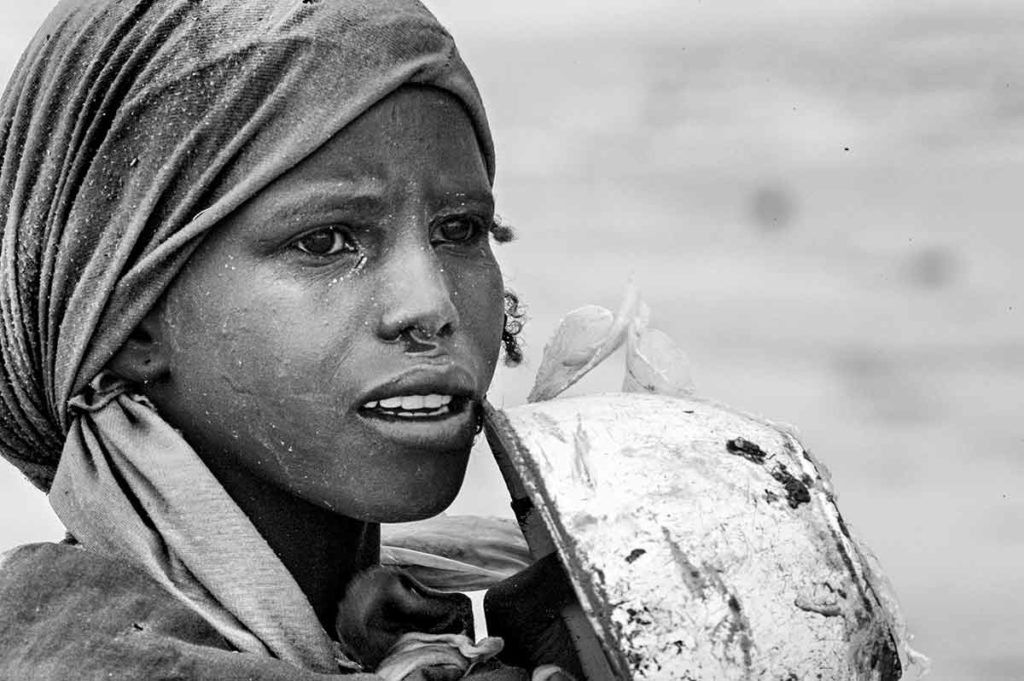 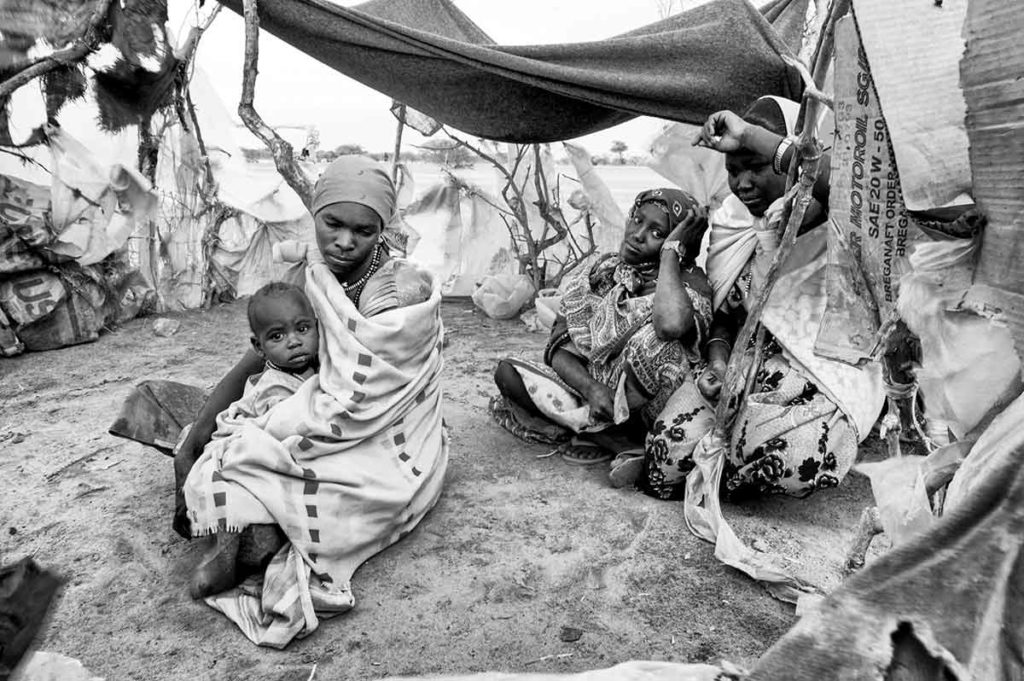 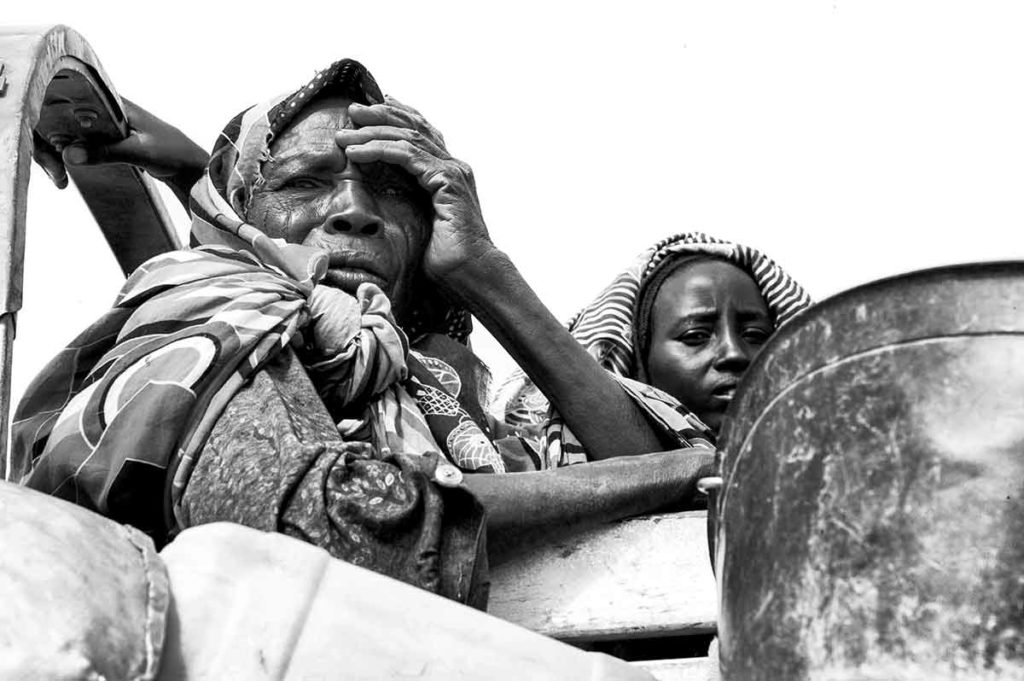 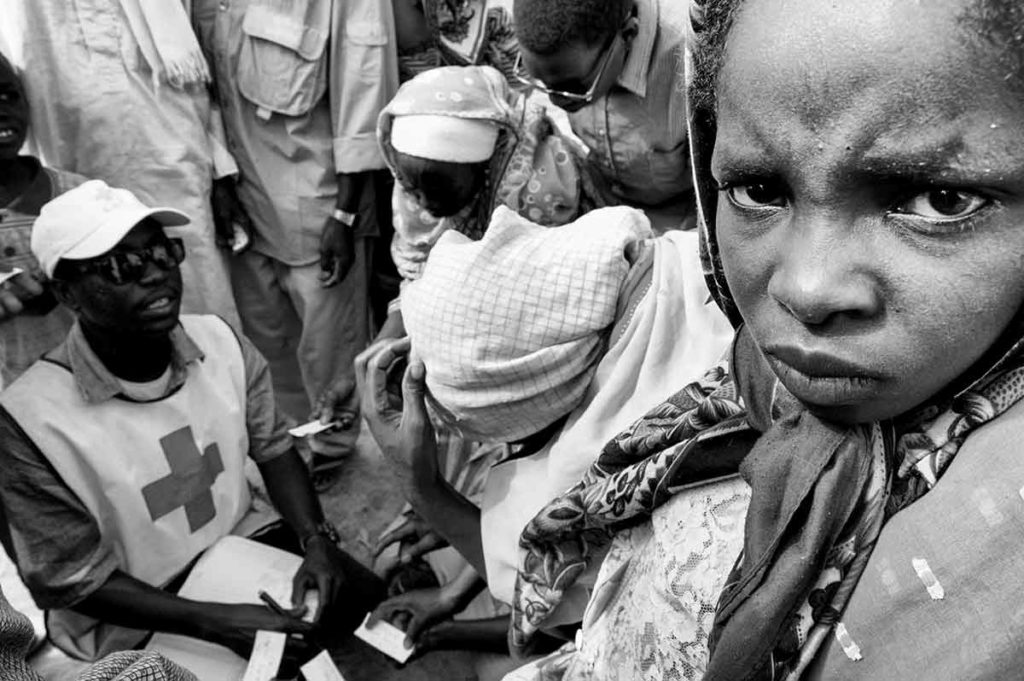 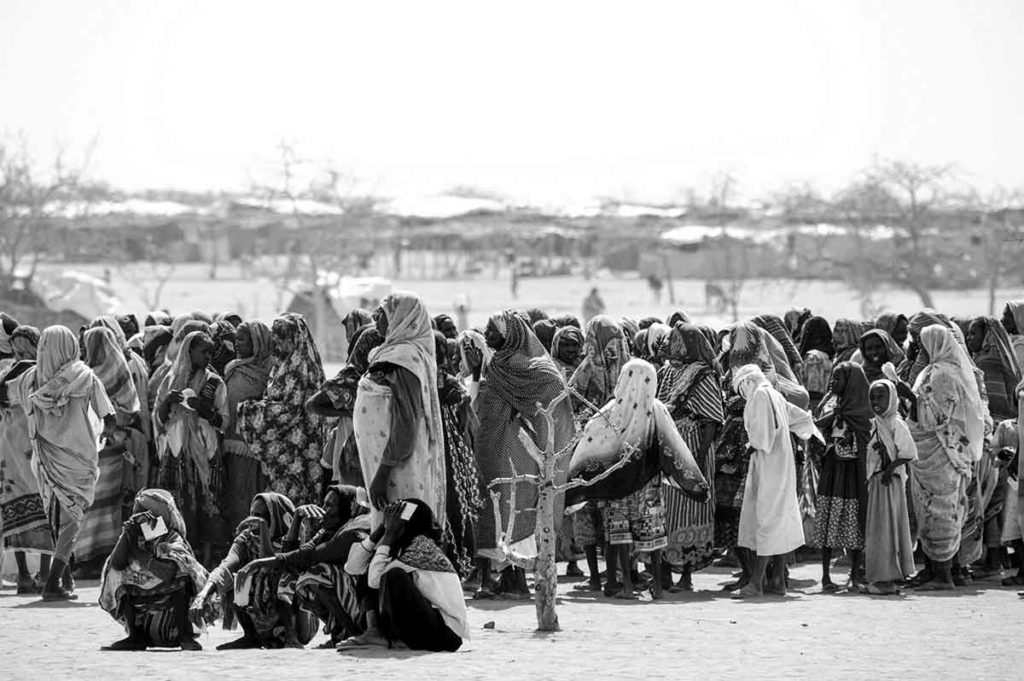 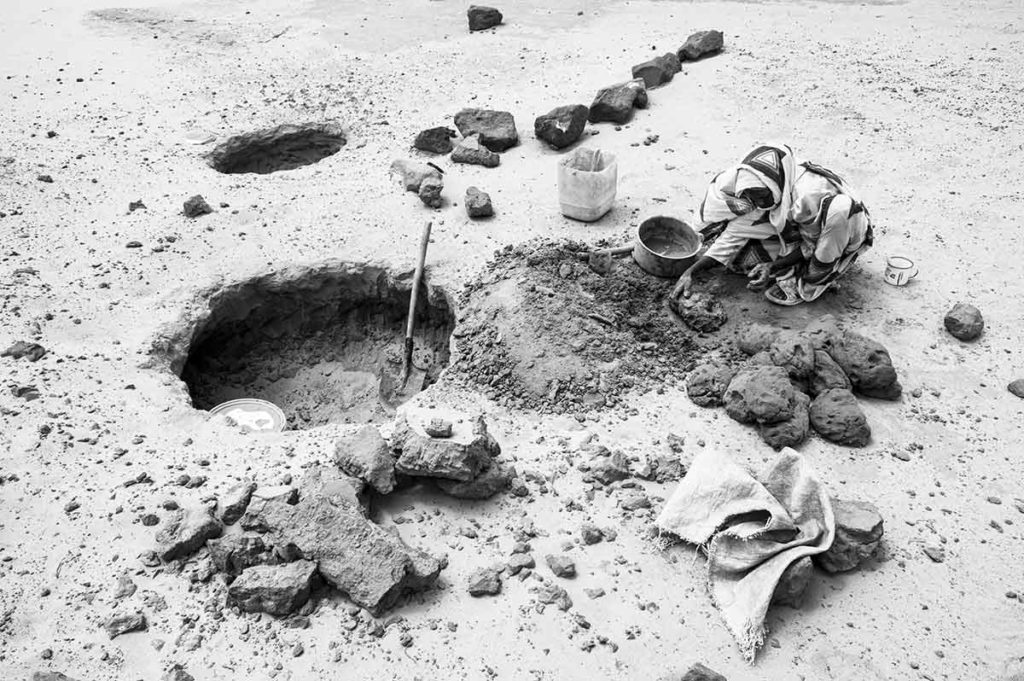 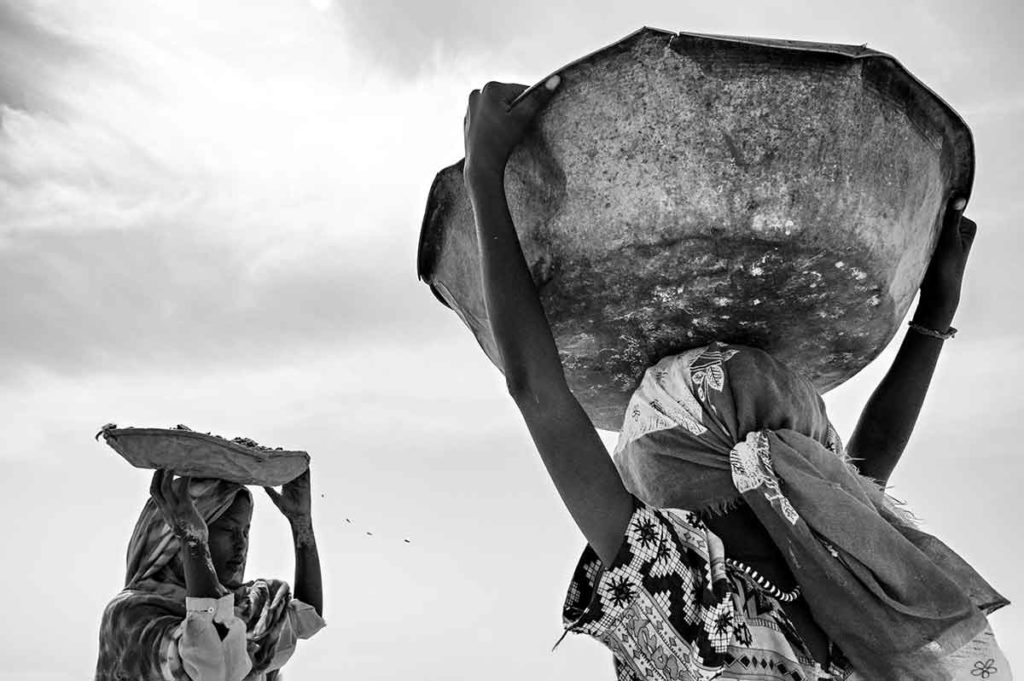 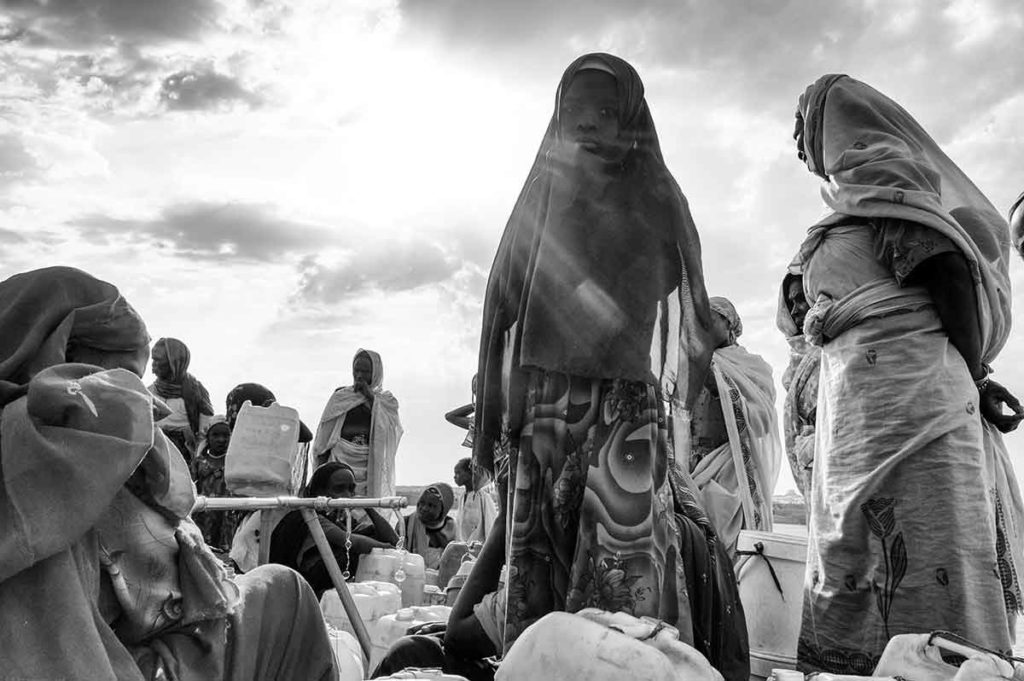 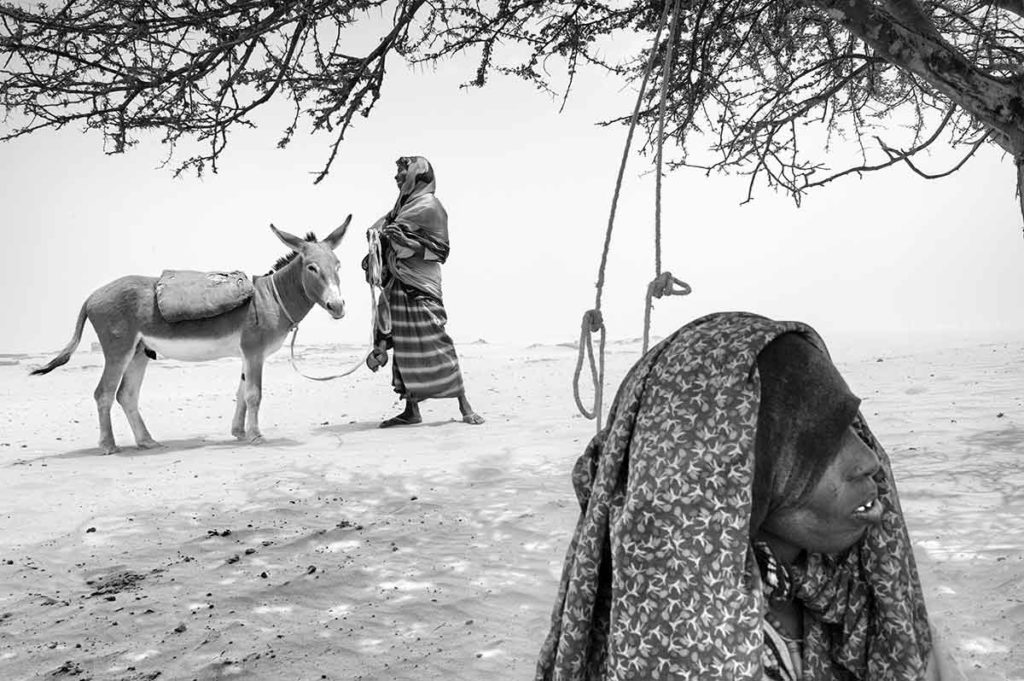 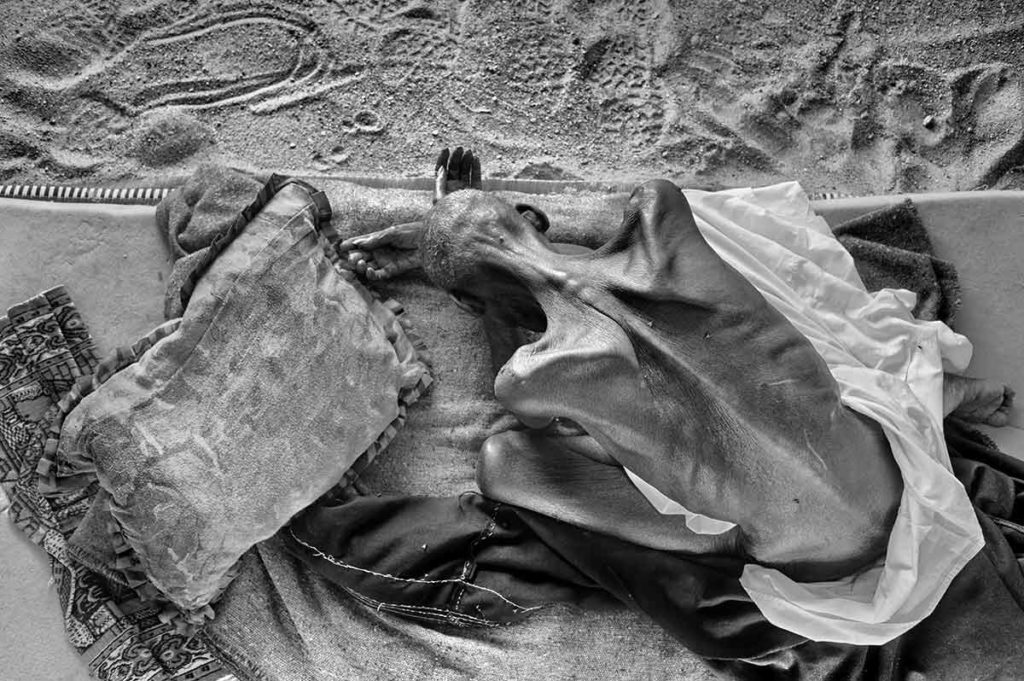 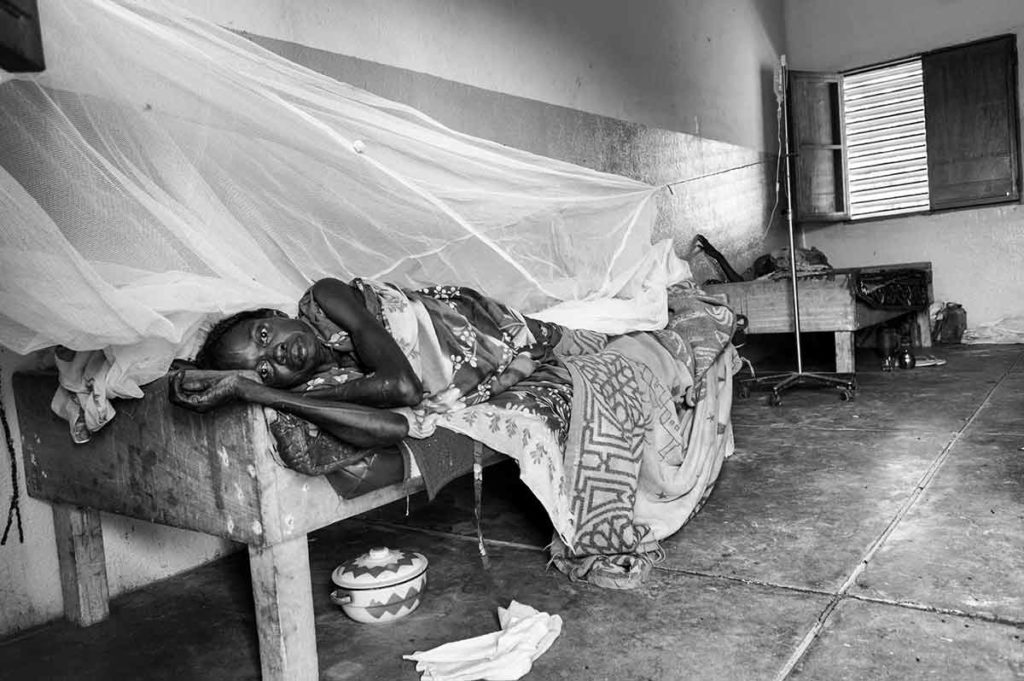 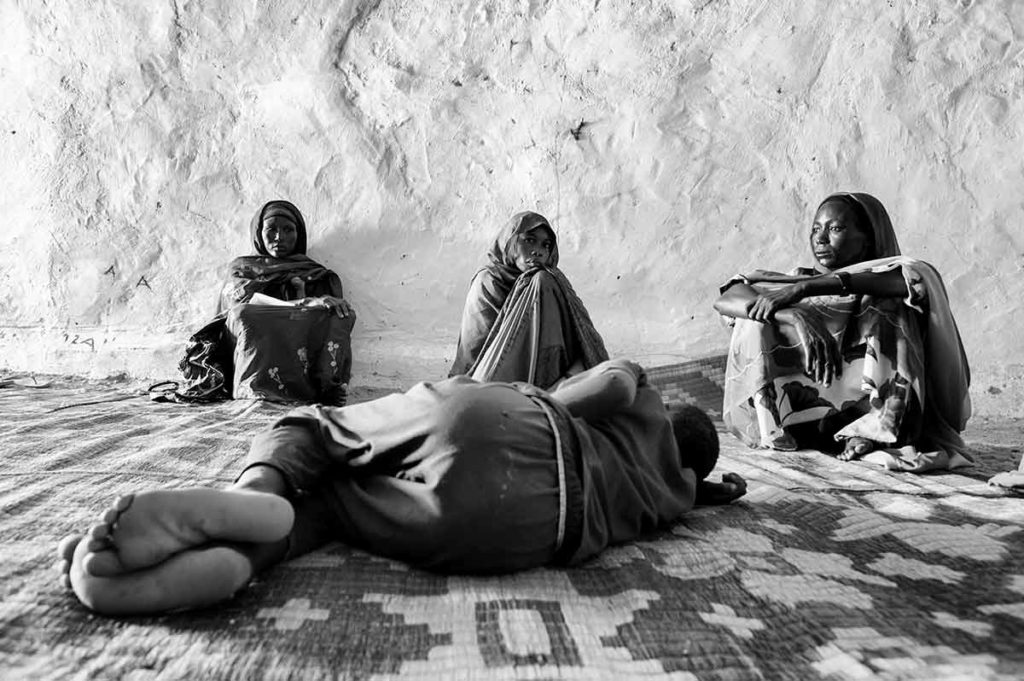 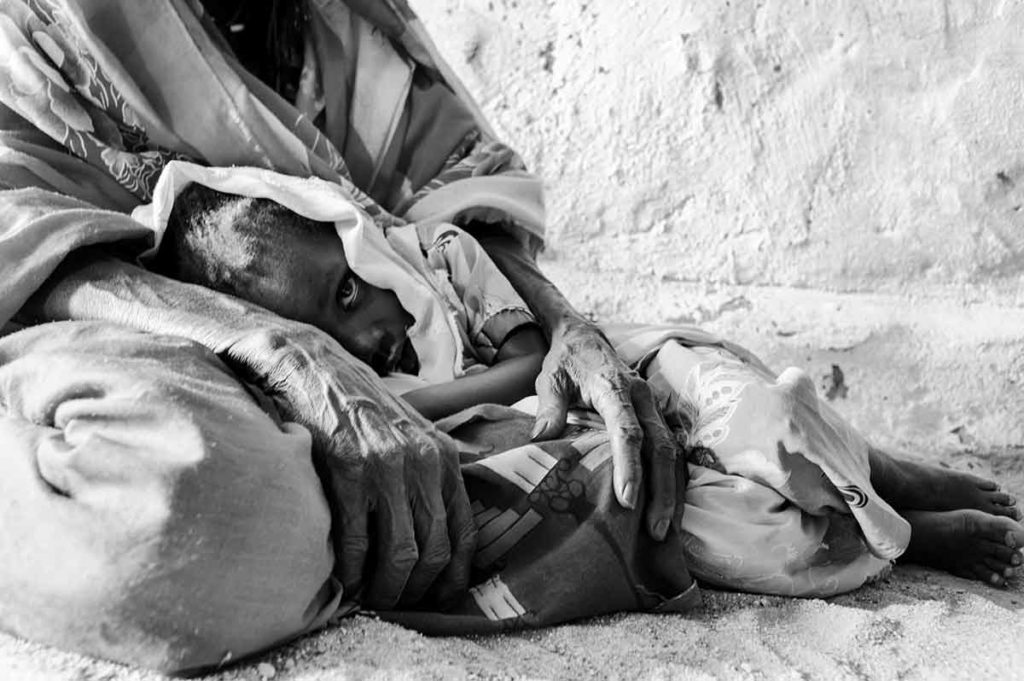 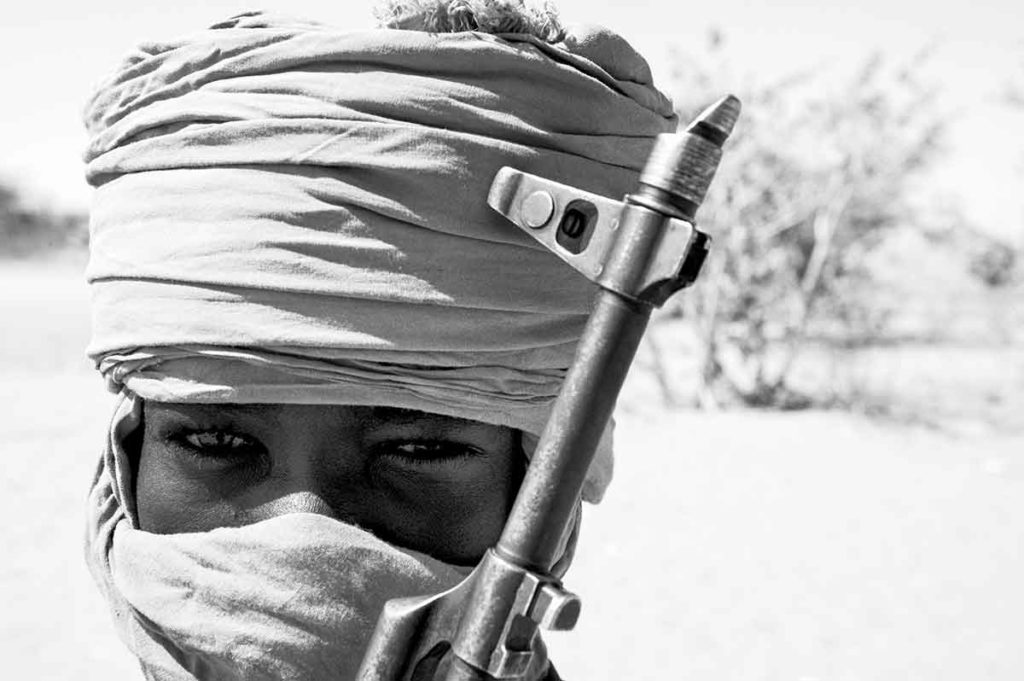 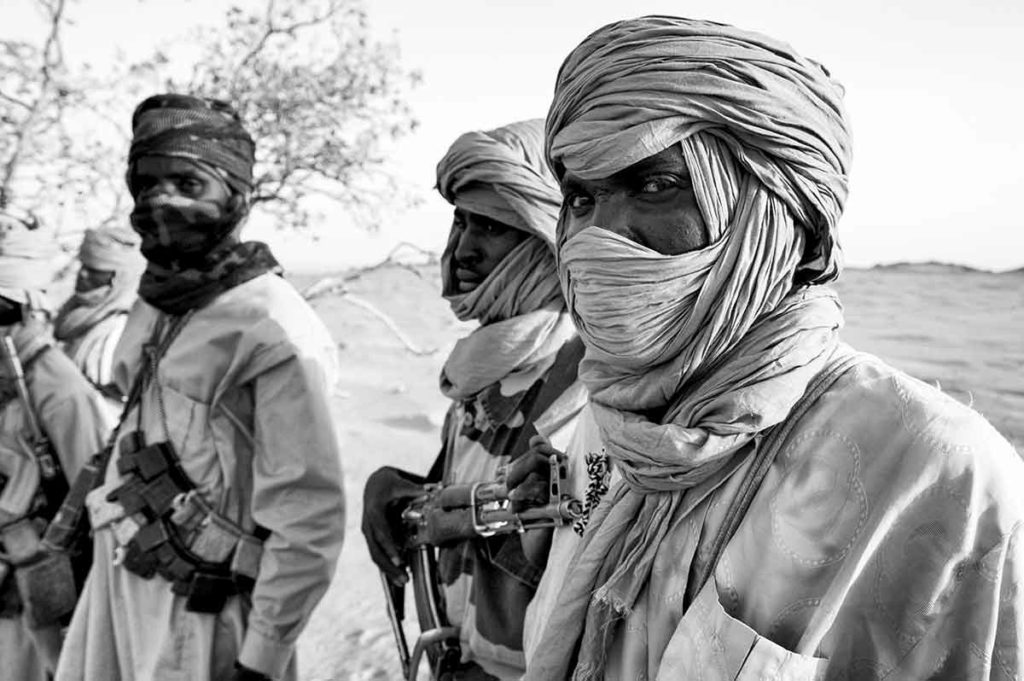 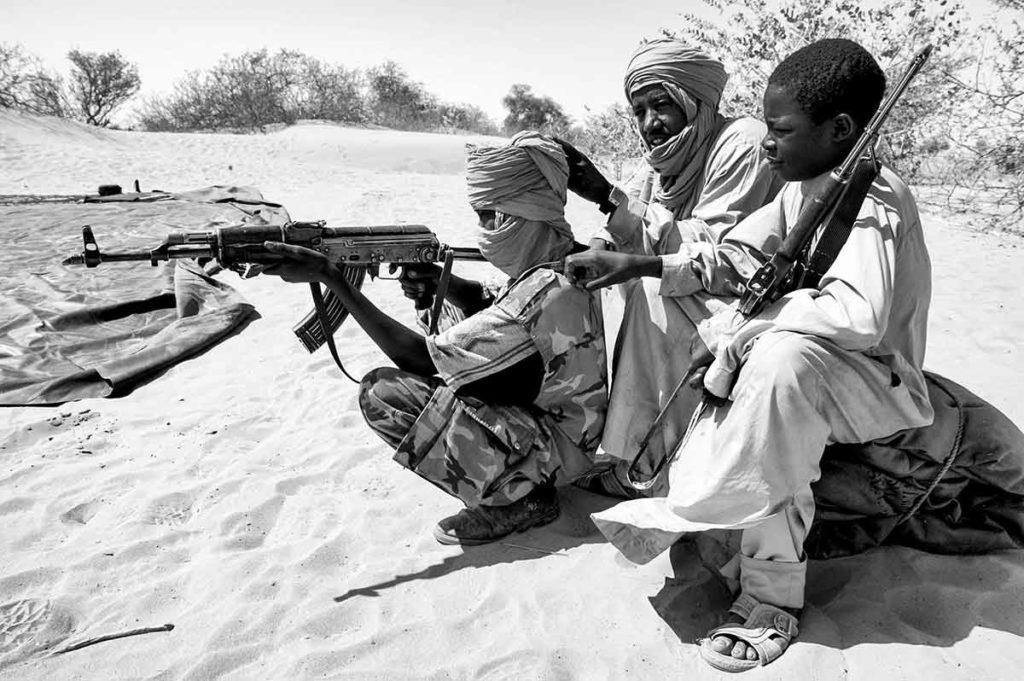 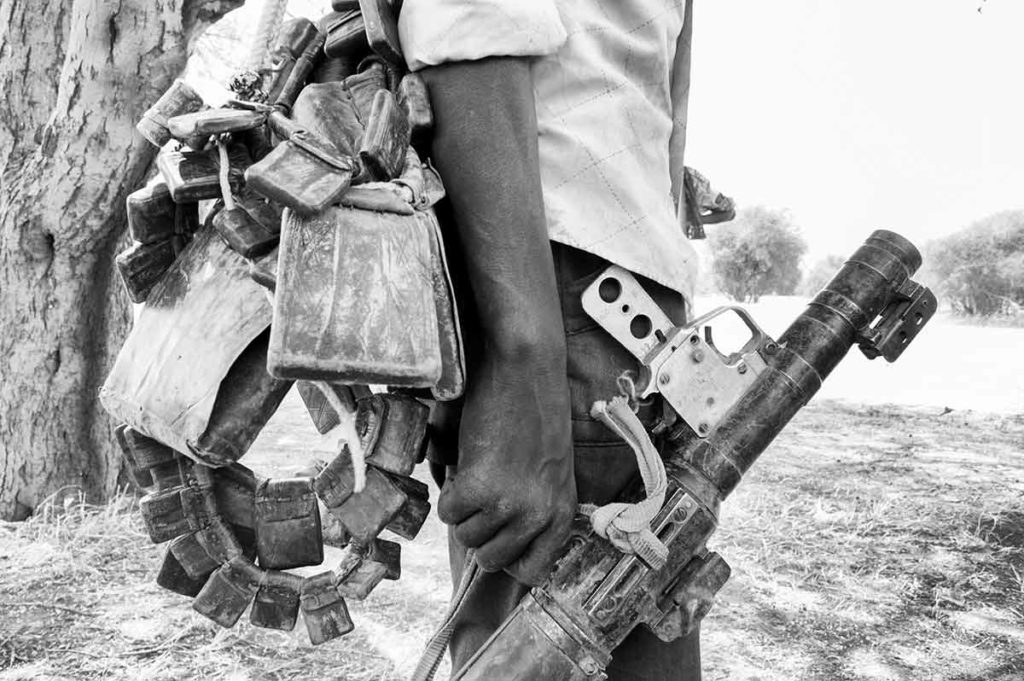 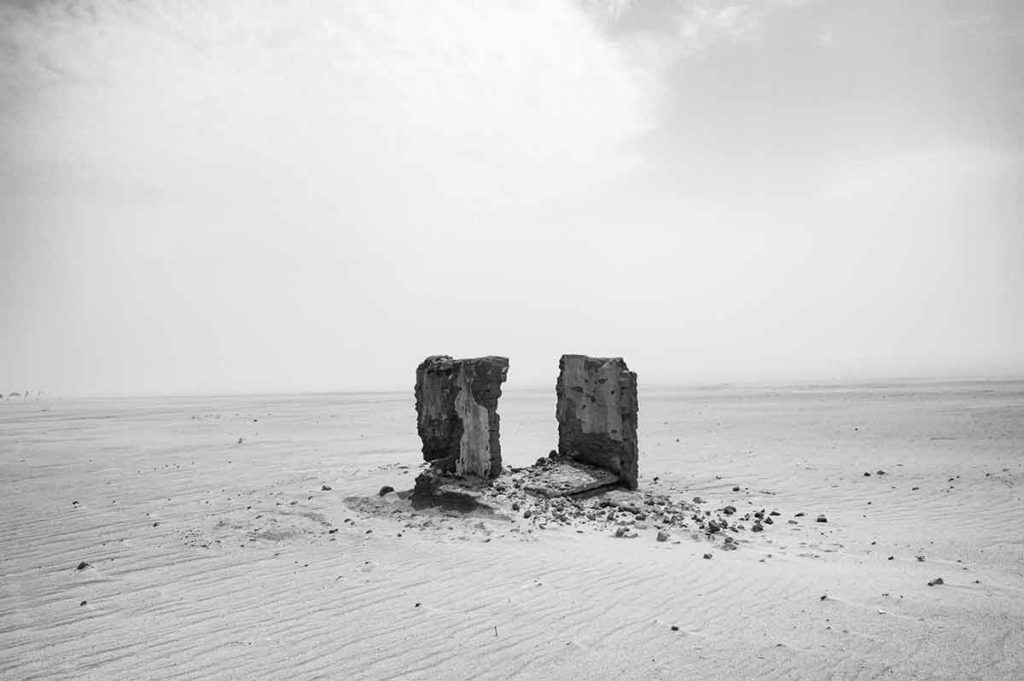 The government of Sudan is responsible for “ethnic cleansing” and crimes against humanity in Darfur, one of the worldís poorest and most inaccessible regions, on Sudanís western border with Chad. The Sudanese government and the Arab “Janjaweed” militias it arms and supports have committed numerous attacks on the civilian populations of the African Fur, Masalit and Zaghawa ethnic groups. Government forces oversaw and directly participated in massacres, summary executions of civilians-including women and childrenóburnings of towns and villages, and the forcible depopulation of wide swathes of land long inhabited by the Fur, Masalit and Zaghawa. The Janjaweed militias, Muslim like the African groups they attack, have destroyed mosques, killed Muslim religious leaders, and desecrated Qorans belonging to their enemies.

The government and its Janjaweed allies have killed thousands of Fur, Masalit, and Zaghawa– often in cold blood, raped women, and destroyed villages, food stocks and other supplies essential to the civilian population. They have driven more than one million civilians, mostly farmers, into camps and settlements in Darfur where they live on the very edge of survival, hostage to Janjaweed abuses. More than 110,000 others have fled to neighbouring Chad but the vast majority of war victims remain trapped in Darfur.

This conflict has historical roots but escalated in February 2003, when two rebel groups, the Sudan Liberation Army/Movement (SLA/M) and the Justice and Equality Movement (JEM) drawn from members of the Fur, Masalit, and Zaghawa ethnic groups, demanded an end to chronic economic marginalization and sought power-sharing within the Arab-ruled Sudanese state. They also sought government action to end the abuses of their rivals, Arab pastoralists who were driven onto African farmlands by drought and desertificationóand who had a nomadic tradition of armed militias.

The government has responded to this armed and political threat by targeting the civilian populations from which the rebels were drawn. It brazenly engaged in ethnic manipulation by organizing a military and political partnership with some Arab nomads comprising the Janjaweed; armed, trained, and organized them; and provided effective impunity for all crimes committed.

The uncontrolled presence of Janjaweed in the burned countryside, and in burned and abandoned villages, has driven civilians into camps and settlements outside the larger towns, where the Janjaweed kill, rape, and pillageóeven stealing emergency relief items–with impunity.

Despite international calls for investigations into allegations of gross human rights abuses, the government has responded by denying any abuses while attempting to manipulate and stem information leaks. It has limited reports from Darfur in the national press, restricted international media access, and has tried to obstruct the flow of refugees into Chad. Only after significant delays and international pressure, were two high-level UN assessment teams permitted to enter Darfur. The government has promised unhindered humanitarian access, but has failed to deliver. Instead, recent reports of government tampering with mass graves and other evidence suggest the government is fully aware of the immensity of its crimes and is now attempting to cover up any record.

Buy a print to support photography that drives change

You are not just buying a photograph. Every Euro you spend on the purchase of this photograph finances and makes possible an independent Photography that drive change.
Be part of the story. Get involved.